As the day unfolds, this loss is running me over! I am so sad for his family. As a father, coach, former athlete and a real fan of the man, I am crushed.

I remember meeting Ray Emery for the first time during rookie training camp. He was a confident, off the charts athletic young man playing what was and to a degree still is a very white game. In his time with the Ottawa Senator’s he became a celebrity of sorts for the great things he did and the not so great things he did. If he could stop the puck, he was granted an unconditional love from all. If he won, we would turn a blind eye to the behavior that the came with the trappings of success.

Fans loved the fact that he loved to fight but I always wondered why he enjoyed it. Did he enjoy it? Was it about something that ran deeper inside him? Were there demons behind the goalie mask? Was it part of his approach in his bid to succeed? Did it fuel him to succeed and in turn become his Achilles heel?

As a Senator, he drove a white hummer which would not have been a big story if he played in the NFL or NBA, but in the NHL it just didn’t sit well with the traditionalists. Everywhere that white hummer went so to did the attention of fans and critics. The white hummer reminded us of Ottawa’s small-town identity. Many a time I wished he played in New York or Florida.

He always seemed like he was trying to find his way. He got into trouble with the team for his tattoos. I was with The New RO and we did a story on Ray getting a tattoo at a local tattoo parlor on Rideau St. The team reprimanded the station and me for the story. His dying his hair blond created a stir even though a teammate a few stalls down had tattoos and had also died his hair blond all without recourse. I am not saying the team was racist, I just think the team was not prepared for an outspoken black athlete who was trying to find his way. Ray was an athlete trying to find his way in a bid to stay true to himself. He had Mike Tyson painted on his goal mask and the argument that he supported Mike Tyson the criminal, the rapist became a hot topic. The team convinced him it would be a bad idea to wear it after just 1 game. It was not a mistake by some kid who was unaware. It wasn’t about Tyson’s criminal actions. Sadly, very few saw the connection between the challenges Tyson endured as a young man making is way to the top of his sport and the challenges Ray faced growing up with his single mom and then eventually after she re-married, growing up in a bi-racial family. Like Tyson, Ray was a competitor. Ray was fierce and unstoppable. He would not take shit from anyone who judged him. He was okay with going through the door first and getting bloodied. Not sure if he was okay with being the hero in one moment and the villain in the next. Those close to him would know better. Would his fight get the best of him? Sure…just ask the equipment man for the team in Russia he played for. Ray slugged him after being pulled from a game. The mistake was the equipment man trying to get Ray to wear a baseball cap.

Of all his accomplishments he will likely be remembered most (on the ice and off) for his fighting Buffalo Sabres G Martin Biron and F Andrew Peters during a line brawl in Buffalo.

So many celebrated his willingness to fight. So many had hoped for it.

Watch the video and tell me what you see?

Now answer this question. If that had been any other NHL goalie and the opposing team’s tough guy went after him would anyone, everyone have stepped in? You damn right they would have! Would guys have left the bench? You damn right they would have. I was always struck by the mere fact that no one jumped in that night in Buffalo. No one left the bench. No one stepped up to protect their goalie. Forget the argument that Ray can handle himself. That is beside the point. Goalie on goalie fights happen (much to the regret of Martin Biron) but a tough guy going after your goalie is a no-no, or at least it had been until that night. Ray puts on a brave face, a knowing smile. It was as if the moment unfolded just as he had expected. He was on his own again. If Tie Domi went after Patrick Roy what do you think would have happened? If anyone breathed on Mike Vernon or Chris Osgood in Detroit, do you think the opponent gets to pass go and collect $200? Hell no.

The sports news will play his fight video over and over again to commemorate his passing and each time I see it I will get pissed off.

As popular as he was, I always felt like Ray was on his own.

One day after a Sens practice when Ray’s star was shining its brightest, I had a brief conversation with him, a conversation that began in the elevator and then down the walkway at the rink. Ray knew I played football and I guess it garnered me some semblance of respect and some of his time.

At the time, I was working with The New RO. the city was celebrity starved. How bad was it? We celebrated the likes of Marlen Copeland who was famous for a diamond nipple on a gold breastplate and not much more! By then the rumors of mischief were swirling around the hockey team like a tropical storm. It was the cities big little secret. Everyone wanted a piece of the team, with Ray being the preferred choice. A couple of my police contacts had told me stories about Razor and his teammate’s antics. The rolled BMW found in the farmer’s field. The pissed off husbands. Ah, the players were kings. Everyone wanted to be close to them. Every Jr. B wanna be wanted to have a beer with them. Single and married women have their tales to tell. The white hummer parked near a certain socialites residence in the middle of the day on a consistent basis traveled through the gossip mill. I don’t think anything can compare to the party that was the 2006-2007 Stanley Cup run. Maybe that’s why it’s so tough to buy into the present edition of the Senators. The party could never be the same. The team was great on the ice and the postgame was greater!

In a subtle, it was none of my business but I really cared way, I suggested he be careful. To keep his head up. That those who love his rise to fame would certainly also celebrate his failure. Again, he smiled that knowing smile, chuckled a little, shook my hand and said thanks. Then he walked on, alone with no one there to jump into the fray should another battle with an opponent or a demon arise. No one would be there to leave the bench. 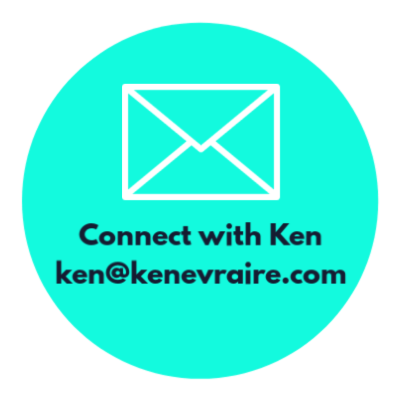