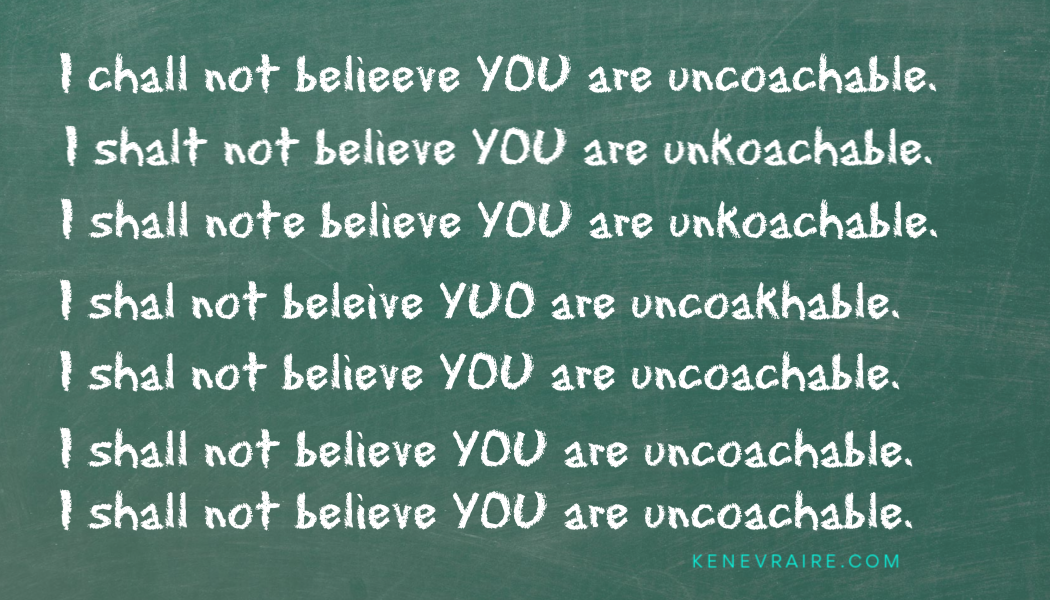 Whenever I am told someone is un-coachable, my first thought has never been about the athlete or team member who has been branded with the un-coachable title but rather my thought turns to one simple, singular question. “How was he/she coached?”.

The majority of coaches get the job done and they do so with great passion and patience. Their success is directly aligned with how they define coaching.

They see coaching as the art of persuading and empowering others versus the art of overpowering and securing position over others.

Successful coaches are driven by the singular goal of setting the table so others can optimize their performance and fulfill their goals.  In doing so, you create the right place and time for the team. You create a worthy investment opportunity. The team will be willing to invest their time and energy to the plan. This reciprocal investment powers teams to success, regardless of the arena of competition.

From my perspective, with over 20 years of coaching experience and a lifetime of being coached, I have learned that coaching, when broken down to its purest form, is about getting excited about figuring out how to set their teams up for success.

How to connect, communicate and collaborate with each and every team member in a bid to secure their buy-in.

Doesn’t matter if it’s a 1 person team or if it is a team made up of 100’s of employees. The art of figuring out what inspires your team of individuals via micro missions that are specific to each team member is the foundation of leadership and coaching.

Once buy-in is accomplished, trust is established. With trust comes the opportunity to become an authentic, decisive ally who can lead through new, unpredictable, unexpected challenges. Challenges that will require a tweak, an overhaul, modification or rebuild of the plan that directly affects the team and is embraced by the team.

Now, all that I have shared seems fairly straightforward and makes complete sense but you may be surprised that there are a lot of coaches who still don’t get it.

I coach kids tackle and flag football. I am a big proponent of teaching the game of football to the kids in a safe manner. I take great pride in helping the athlete become a student of the game and being prepared for the next level of competition from a concept and strategy perspective.

The kids begin their “training camp” in August. They are on summer break and are a different kind of tired than they would be in September and October.

The summer version of tiredness is a by-product of their staying up later and sleeping in. Their clock has been turned off. Fall tiredness has a lot to turn the clock back on. Having to go to bed at a decent hour, wake up on time, get dressed for school, get to school on time and be a student. The fall day is robust whereas the summer day is laid back. Come September, some of the kids become multi-sport athletes, taking on hockey or basketball.

All are factors coaches need to take into consideration.

The norm is to have a couple of teams practice on sections of the field. So, we are all within earshot of each other.

The older team next to us had won a couple of games to open the season and to stay sharp the coaches had the kids hit, hit and hit some more. The kids naturally get tired physically which leads to mental fatigue which leads to bad tackling technique, turnovers and other errors. With visions of an undefeated season running through the mind of the coach, the rationalizing begins and intuitive common sense goes out the window. They hit when they were winning and they kept on hitting when they began losing in September. They were not beaten by better teams. They were beaten by a plan that did not evolve. Life gets in the way and the coach opted to continue to drive a square peg into what had become a round hole.

What made the team successful in early August just does not work in September and October.

I use peewee football as an example and I do so believing it mirrors what is the Achilles Heel of many businesses today.  What worked yesterday will not necessarily work tomorrow, next week or next month. Life gets in the way.

When life does get in the way it can be seen as an obstacle or as an opportunity. You can exhale and lose energy or take a deep breath and get excited about the opportunity

Coaching is intuitive and unpredictable. Coaching is about factoring in the human spirit. Factoring in  life’s perpetual motion. The never ending effort to create an authentic buy-in within an ever changing world. That is the mission objective.

Surfing the constant ebb and flow of life’s twists and turns requires a vision that extends beyond the office or locker room. You can have the perfect coaching plan and I guarantee you life will change it.

I guarantee you that one bad game, one bad quarter, one lost client, one failed presentation, one child’s emergency appendectomy will change the best of coaching plans.

Coaching isn’t a straight line from point A to point B experience. It’s a meandering, taking 2 steps forward, 1 step to the left, 2 more steps back to the right and 3 additional steps forward dance.

The fact of the matter is times have changed.  The “when I say jump you ask how high” approach to leadership and coaching has fallen to the wayside.

The old school coach is wrong. There is an “i” in team.

A great team is made up of a group of individuals who are invested, inspired and invaluable. They work with a sense of integrity, are imaginative and play an integral role in the team’s success.

The un-coachable are individuals that have not been given a good enough reason to buy in. A great coach finds the reason and that reason and its presentation will differ from one teammate to another.

Human interaction, the ability to connect, communicate, collaborate and conquer is part of our DNA!  Figuring out how to connect is everything.

If you are successful in connecting, you may have just turned the un-coachable one into the game changer you and your team needs. 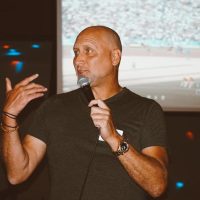